The automatic DUO® mixing unit is equipped with two mixers, each one operated by a performing electric motor that, in the mixing phase, is controlled by inverter. The mixers are assembled on a rotating structure which lets to rotate their position and to see to it that, while one mixes, the other one washes in order that it is ready for the next mixing.
The functional features characterizing this device are: 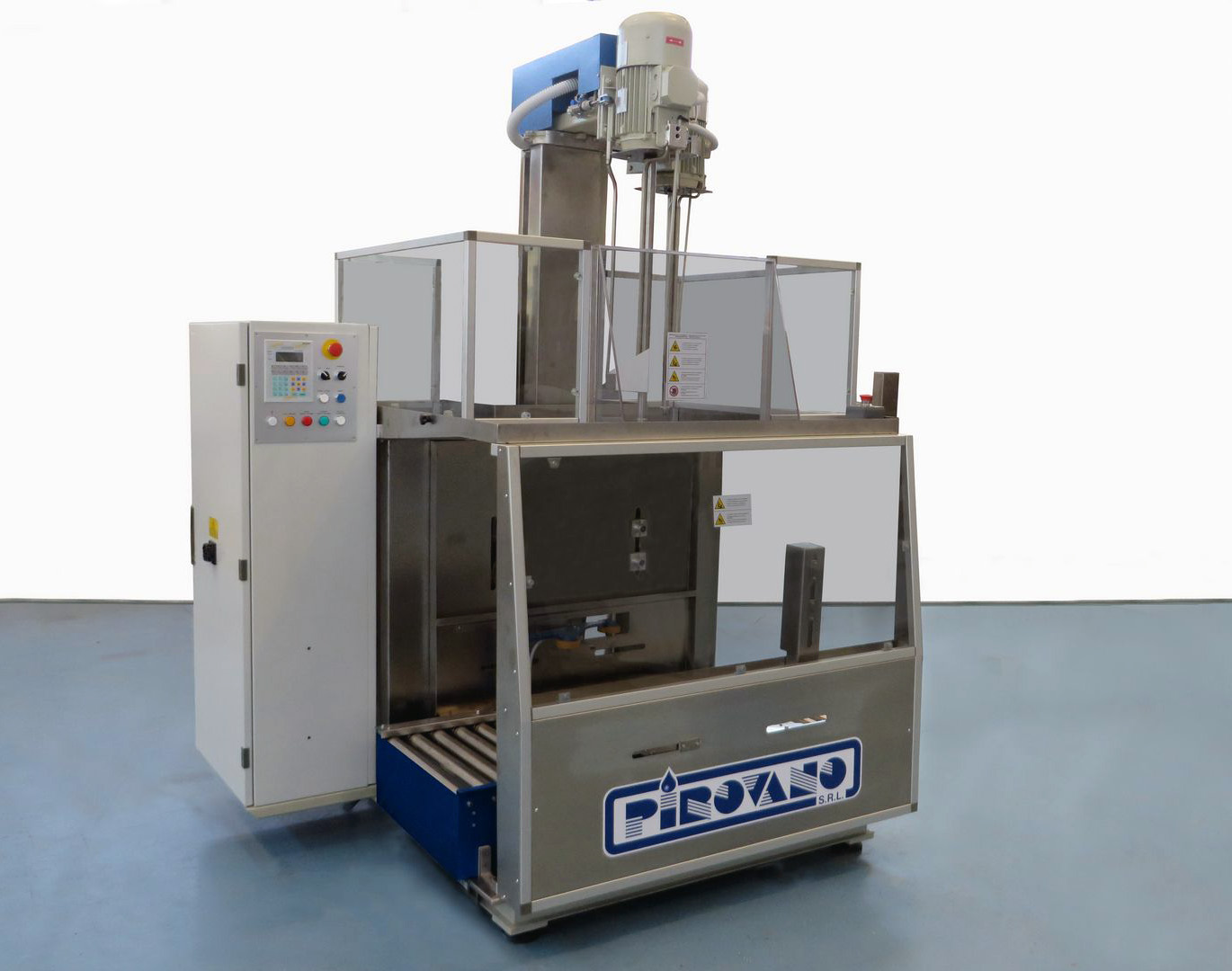 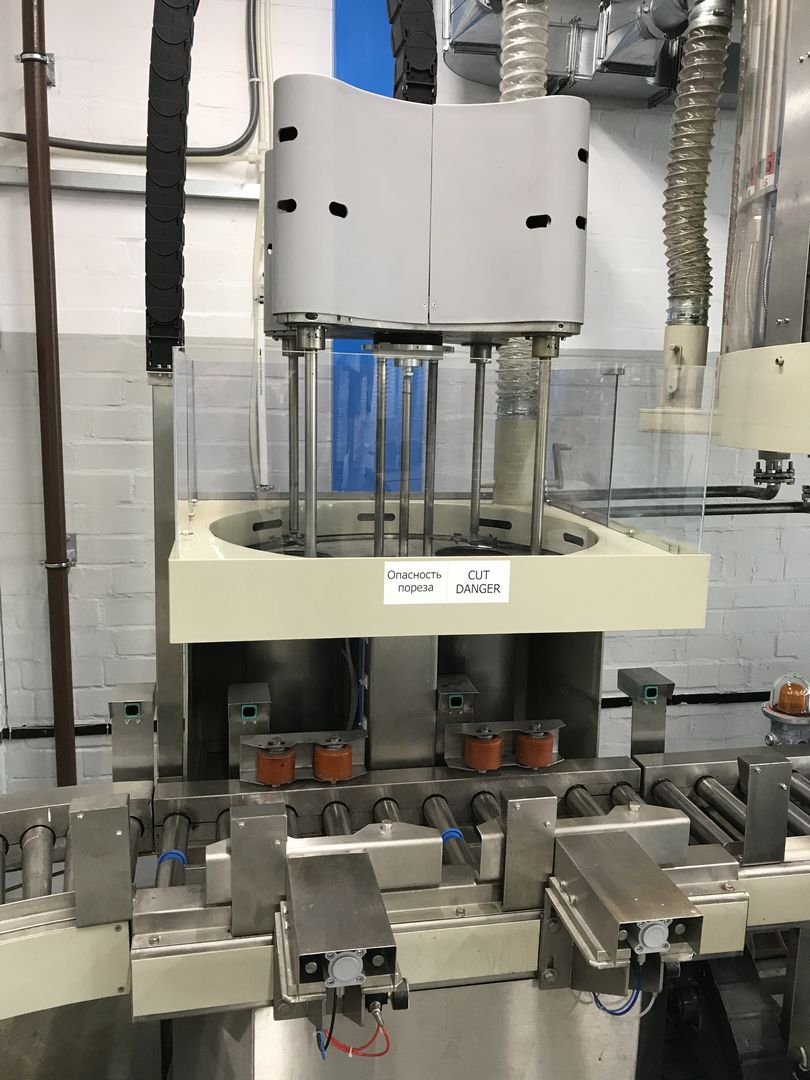 The FOUR®MINI Mod. mixing unit gives a very high productivity or, alternatively, an incomparable versatility to systems for the preparation of mixtures in containers with capacities between 1 and 25lt. Used in the production of paint products and water-based paints for IN-CAN systems or when sampling batches have to be produced. It is equipped with 4 mixers, each one driven by a high-performance pneumatic motor which, during the mixing phases, is controlled by a speed variator.

The 4 mixers are fixed to a plate that, rotating, according to the given setting, allows:

The functional characteristics that distinguish this mixing unit are:

The FOUR®MINI mixing unit is also available in ATEX version.

U&D® is a semi-automatic unit for mixing components contained in drums. The unit in question includes a strong plate to which the pneumatic telescopic column is fixed, which, by means of a selector actuated manually by the operator, allows the mixer to be up / stop / down.

To the over mentioned telescopic column is suspended:

At the end of the mixing operations, the siphon is manually rotated by 90°, allowing to follow the mixing cycle with the washing cycle, which automatically takes place. 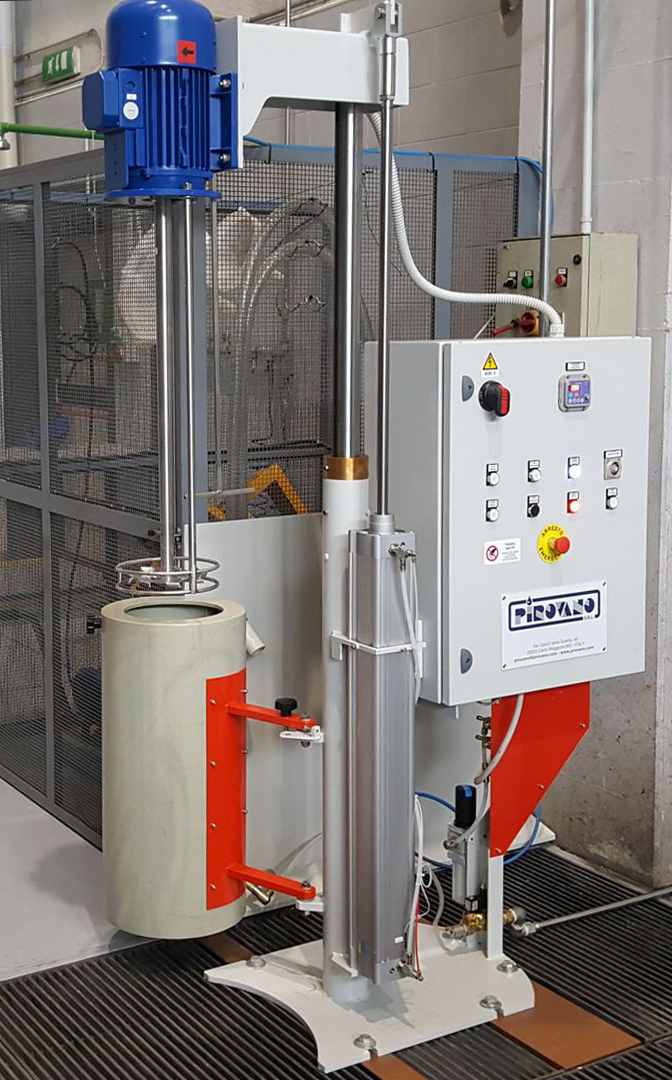 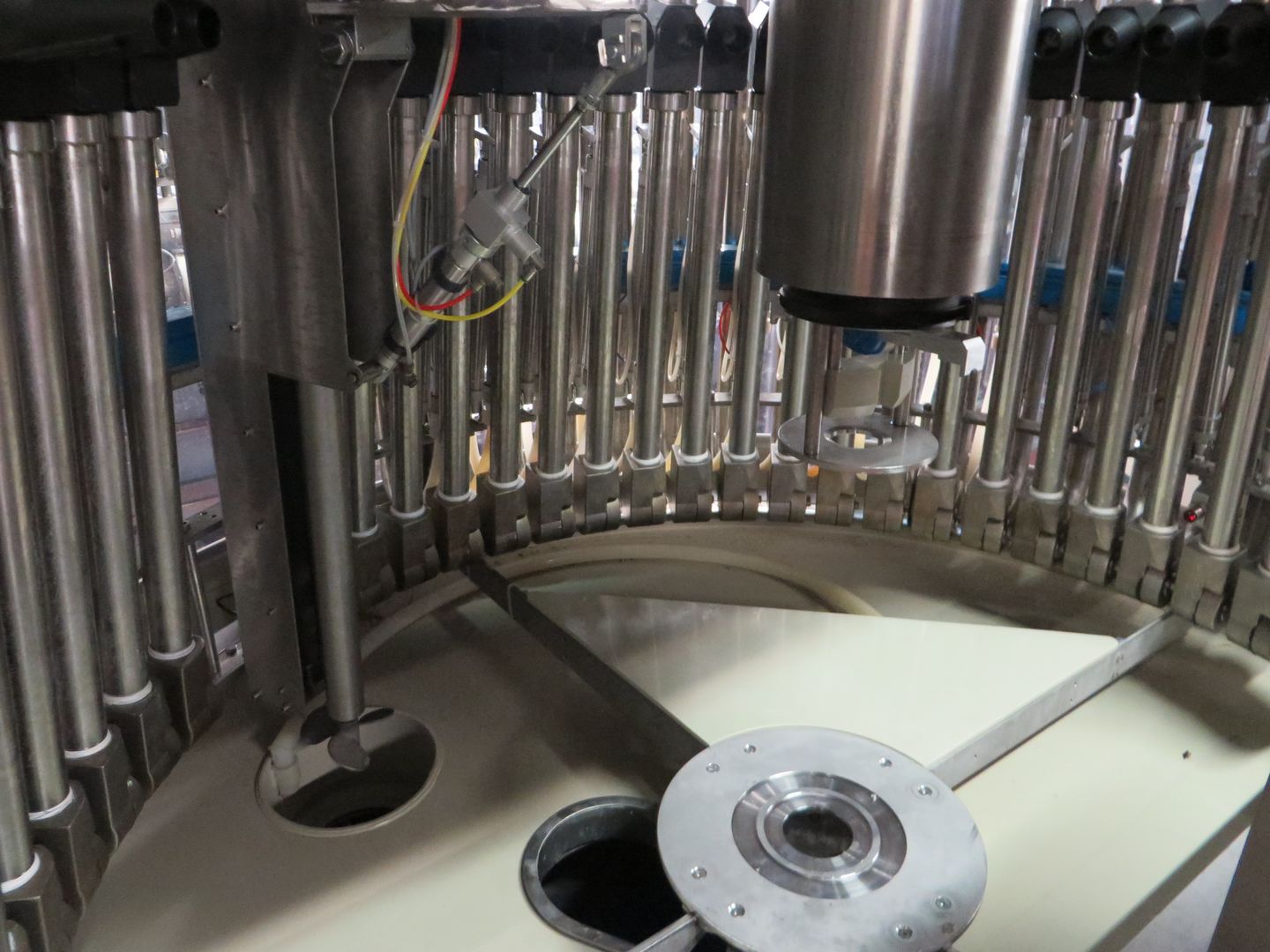 CLOCK® is a unit for the mixing of fluid components, characterized by a pendular movement that allows it to move, by means of a pneumatic cylinder, from the resting position to the central dosage position.

It is offered in 2 models:

CLOCK-I, to be placed inside the dispenser and therefore suitable to allow intermediate mixing (mixing of components A and B before adding component C) without moving the container from the dispensing position. It allows to avoid flocculation or precipitation episodes;

CLOCK-O, placed inside an autonomous support structure equipped with INOX panels, placed after the dosing unit. Both models, equipped with an independent duct having spray nozzles, include, during mixing, up & down movements of the mixer to allow an optimal mix of the products both on the bottom and on the surface and, at the end of the mixing cycle, an automatic cycle of mixer washing.

An innovative system for an extremely accurate dosing

Unhindered automation in any industrial environment

Equipment designed to satisfy every need

Click here to get more info about our systems.